The store will not work correctly in the case when cookies are disabled.
Radostin Kirchev - Pianist 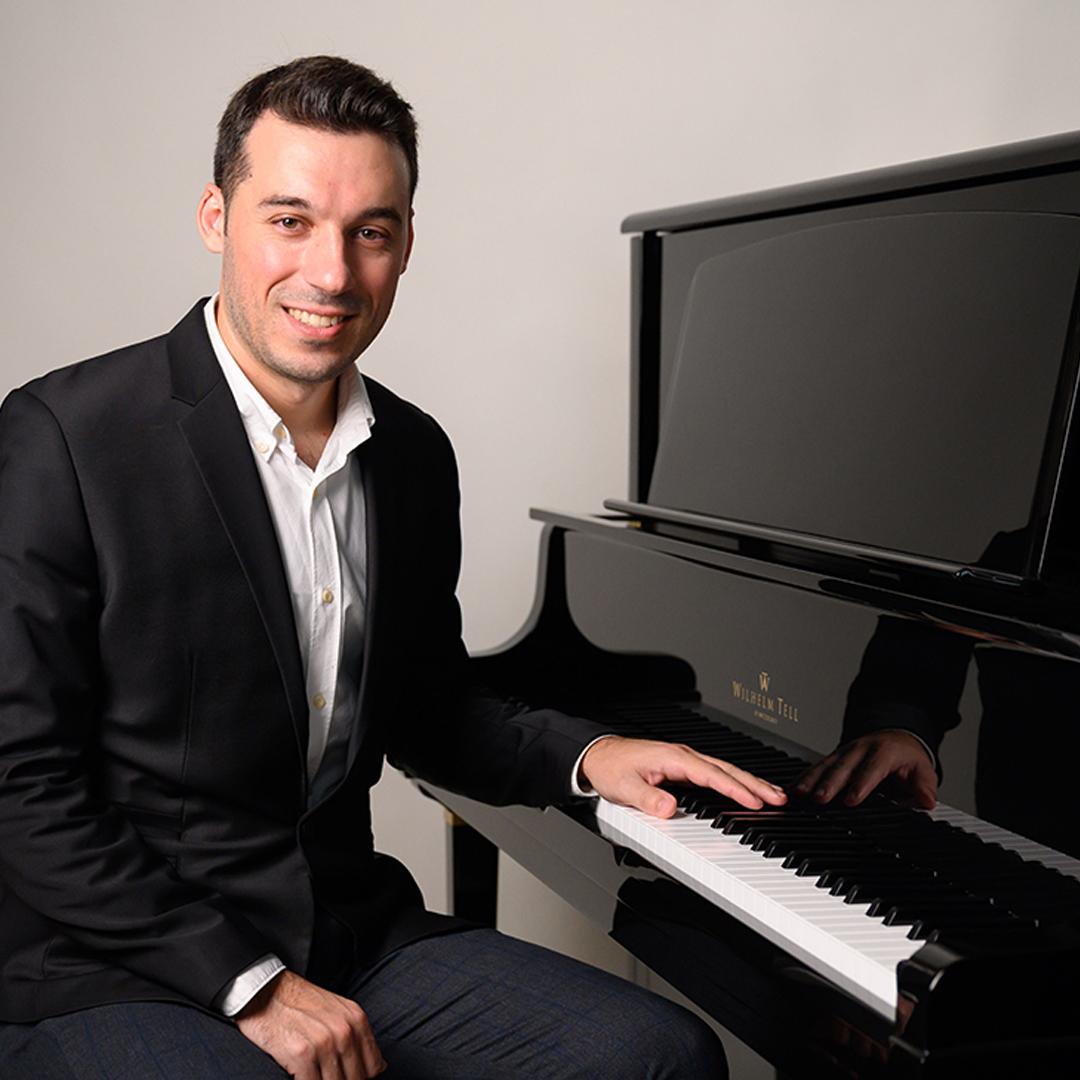 Aug 2, 2021
By ams_admin
0 comment(s)
Born in Stara Zagora, Bulgaria, Radostin Kirchev began learning the piano at the age of seven in the class of Rumyana Shishkova. During his studies in the music school in his hometown he had given numerous concerts including soloist of orchestras, solo recitals and chamber music concerts in Bulgaria, France and Italy. He appeared as a soloist of Symphony Orchestra of Stara Zagora, Symphony Orchestra of National Academy of Music and Philharmonic Orchestra of Vidin with the conductors Bozhidar Bonev, Krassimir Kashev, Ivailo Krinchev and Svilen Simeonov.

After graduating from the music school in Stara Zagora, Radostin Kirchev studied in the National Academy of Music “Prof. Pantcho Vladigerov”, Sofia, Bulgaria with Professor Dimo Dimov, who invited him in his class after listening to Radostin at a masterclass. He graduated the music academy with honours obtaining Bachelor and Master Degrees in piano performance. Through the years in the music academy Radostin Kirchev became involved in the culture life of the Bulgarian capital giving many concerts as soloist and chamber musician. He was also actively traveling in Germany, Italy and France, where he worked with the famous pianists Aldo Ciccolini, Fabio Bidini, Einar-Steen Nokleberg, Markus Tomas and Arkadi Zenziper. He had attended several masterclasses from a few world class individuals such as Dimo Dimov, Krassimir Gatev, Ivan Drenikov, Milena Mollova, Liliya Boyadjieva, Boyan Vodenitcharov, Borislava Taneva, Vladimir Shkarupa, Boris Berman, Vasiliy Ilisavskiy and Bart van Oort. He had also won the Special Prize “Schumann” at the Piano Competition “Schumann and Chopin” at the National Academy of Music in Sofia, Bulgaria as well as First Prize at National Competition for Instrumentalists and Singers “Svetoslav Obretenov”, in Provadia, Bulgaria.

In 2012 Radostin Kirchev moved to Singapore, where he had given masterclasses in some of the top schools like Raffles Junior College and Crescent Girls School. His students have distinguished themselves in competitions in Singapore, including winning the 2nd Prize in the National Piano and Violin Competition 2015 in the Junior Category, 2nd and 3rd Prizes in the 7th ASEAN International Chopin Piano Competition 2018, as well as many other international competitions in Poland, England, France, Greece, USA, Taiwan, South Korea and Malaysia. Radostin Kirchev has been actively performing in Singapore as soloist and chamber musician. He was the soloist of ESO Symphony for their annual concert “Destiny” 2016 held in Victoria Concert Hall.